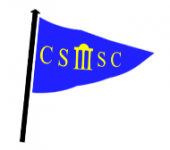 Castle Semple Loch is a 1.5 mile long inland loch at Lochwinnoch in Renfrewshire, Scotland. Along with the neighbouring Barr Loch, Castle Semple Loch lies in an area previously covered by one large loch known as ‘Loch Winnoch’, however by the end of the 18th century silt from the River Calder had divided the loch into two and Castle Semple and Barr Loch became separate entities.