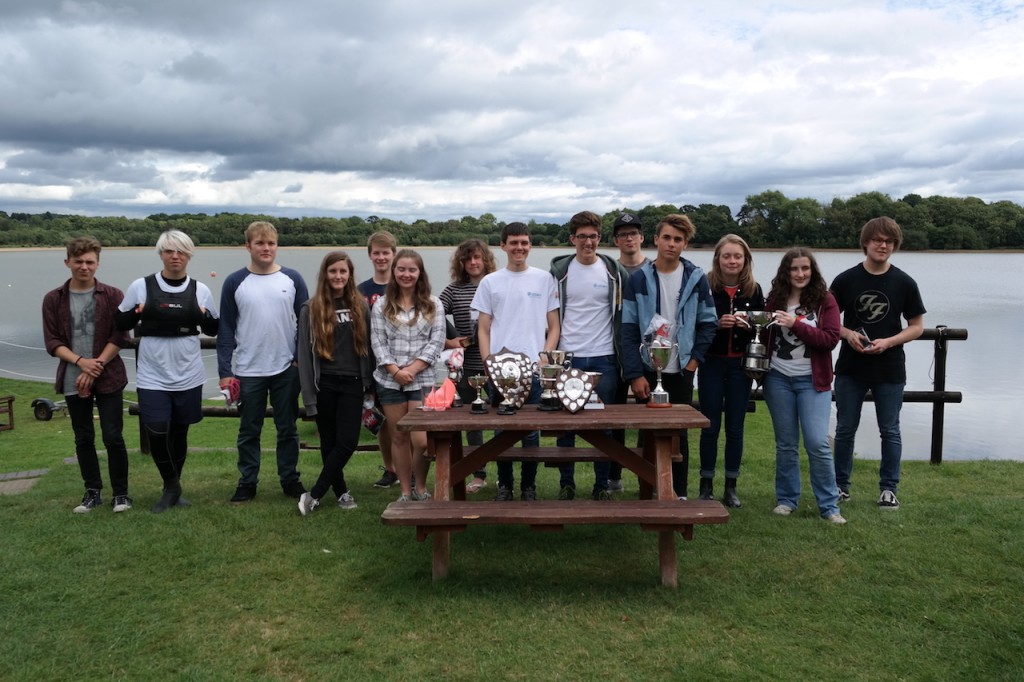 (use scroll bar at bottom of table) 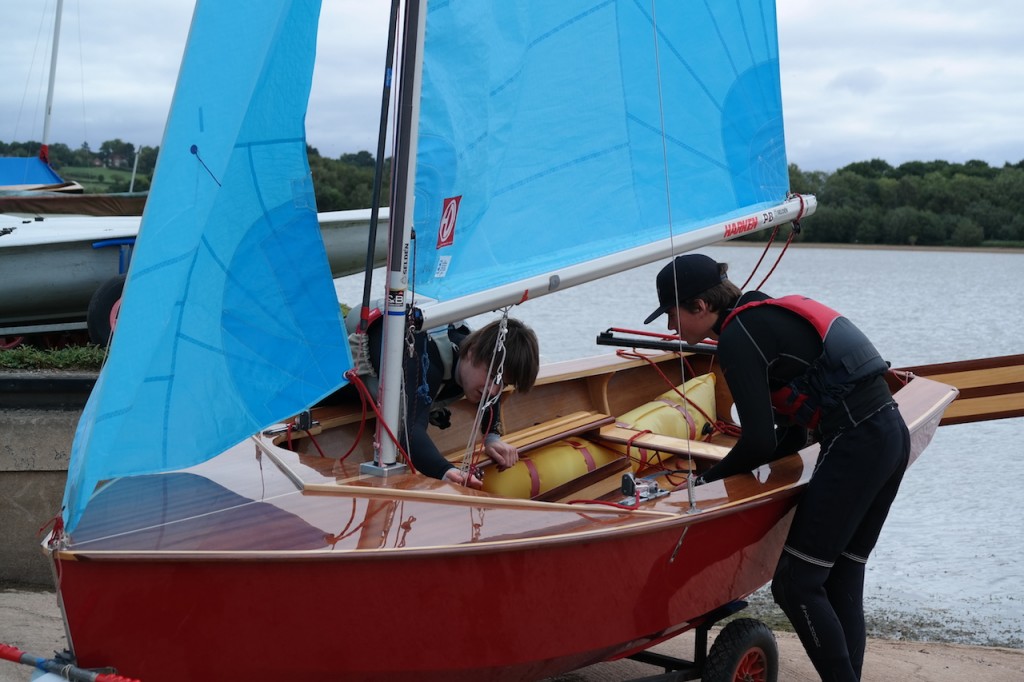 A wet Saturday in Worcestershire greeted the youths from clubs as far away as Penzance, Looe, West Lancs, Bolton and Hykeham to a couple of local boats from Midland SC and the home club, Barnt Green.

In the first race Ben & Gabe Hill from West Lancs YC & Bolton SC, Thomas Kliskey & Becca Stephens from Penzance SC and Esther Bowdler & Joe Jackman from Looe SC were all over at the start. Only two of them went back to re-start with Esther & Joe not realising and continuing to finish with an OCS. Matt Smith & George Crabtree from Midland SC led at the 1st mark, having been the last boat to cross the start line. Robin Jones & Joshua Haynes from Hykeham SC were 2nd and Esther & Joe 3rd. On the following run Esther & Joe gybed out to the middle of the course but Emma Coleman & Aimee Allsopp from Midland SC managed to pass them. The 2nd lap saw Matt & George increase their lead from Robin & Joshua with Ben & Gabe moving up to 3rd. Robin & Joshua and Ben & Gabe battled on a run with Emma & Aimee close behind. At the leeward mark Ben & Gabe took 2nd from Robin & Joshua. On the 3rd and 4th laps Tom & Becca fought hard with Emma & Aimee with Tom & Becca eventually gaining 4th place. On the 5th lap Ben & Gabe put pressure on Matt & George downwind, closing them down to 3 boat lengths. On the final lap the beat saw things hot up with Ben & Gabe picking the wind shifts perfectly to gain the lead. They won by several boat lengths from Matt & George. Tom & Becca closed down on Robin & Joshua on the last leg to the finish line. Robin & Joshua held their nerve to finish 3rd with Tom & Becca 4th. 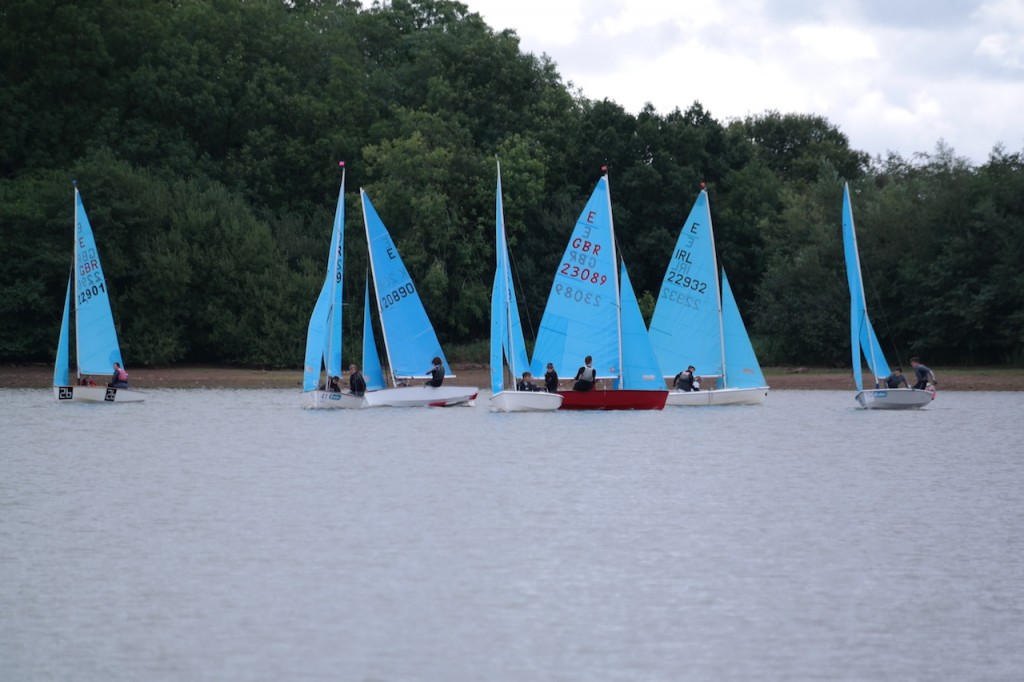 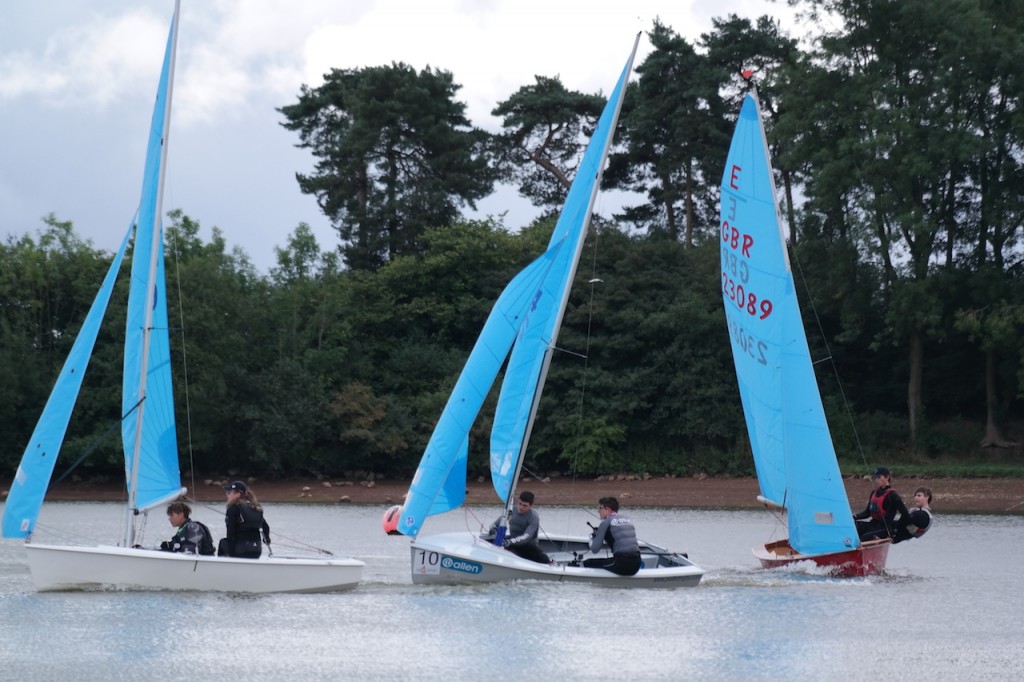 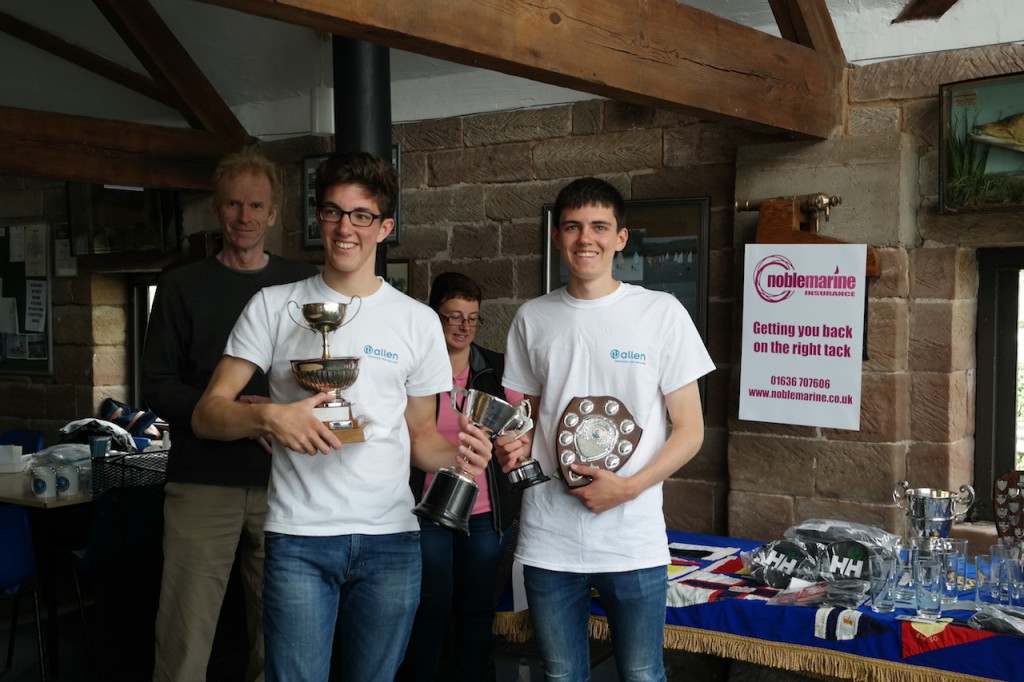 There was no doubt as to the winners. Ben and Gabe Hill won every race! Ben also won the first helm under 21 prize. The Lady Helm trophy was won by Esther Bowdler crewed by Joe Jackman, who won the prize for first under 15 competitor. Emma Coleman won the prize for first Helm under 18 and the Old Boat trophy was won by Robin Jones and Joshua Haynes.

The host club, Barnt Green Sailing Club, treated us to a lovely curry on the Saturday night and very nice lunches and cake both days. Many thanks to the Commodore, Mike, Vice Commodore Rob, OD, Bob and all the other volunteer helpers and galley crew for running a very efficient event.

Finally, a big thank you to our title sponsor of the event, Noble Marine.