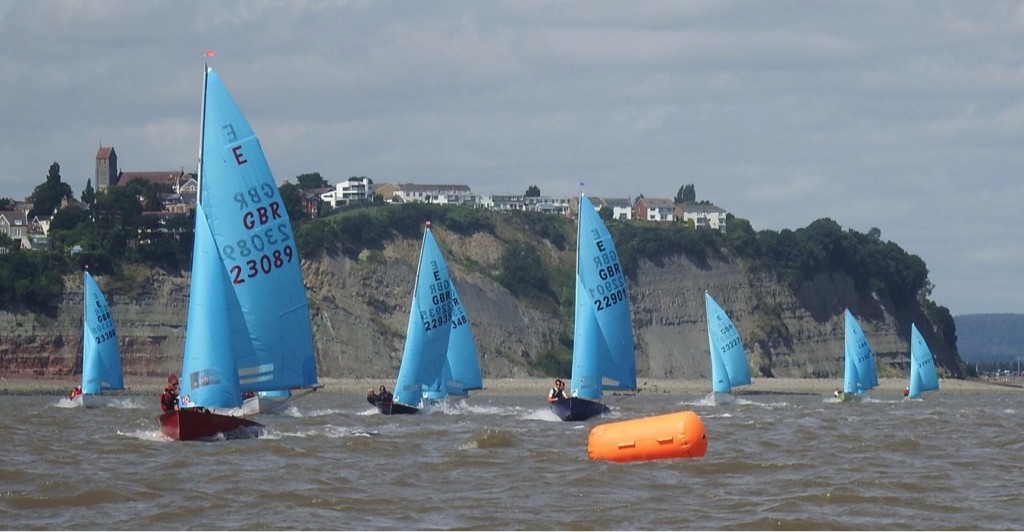 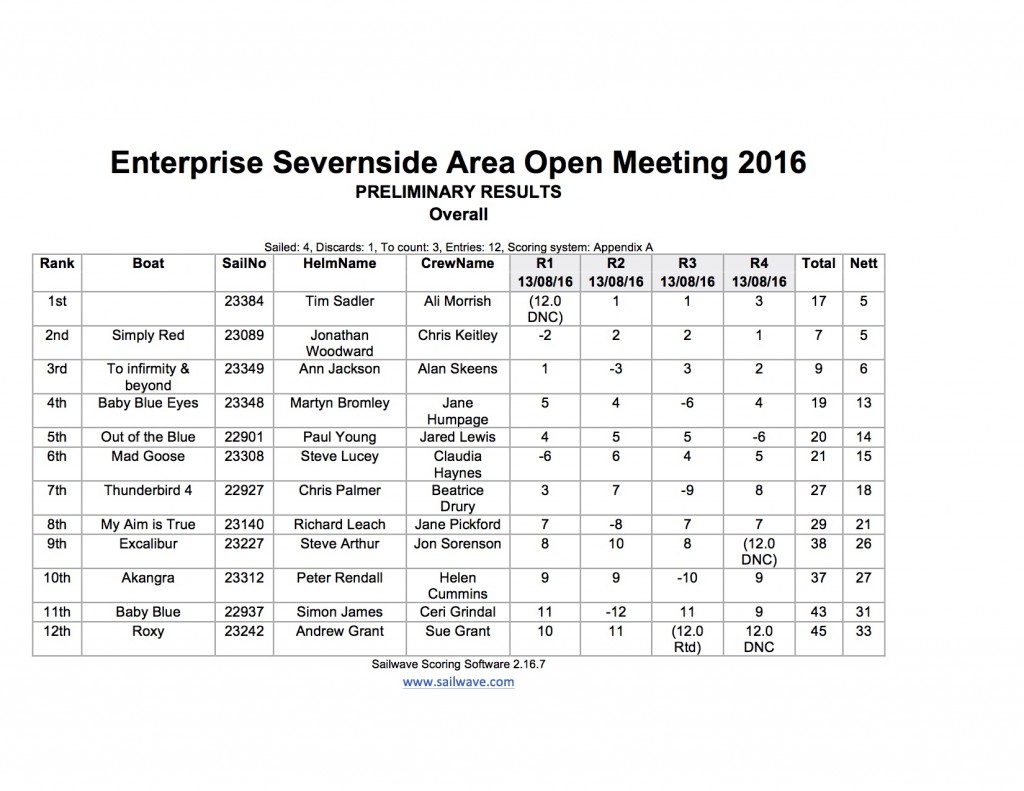 Unfavourable tides had dictated the event was scheduled for the middle of August. The forecast was for good winds on the Saturday and with little or no wind on Sunday. These proved accurate; race officer Keith Whitfield had increased the number of races on Saturday to four. In order to trigger a discard.

The course was set a km off the club house in an attempt to find some stable off shore wind. This worked to a degree but there were plenty of oscillations and a few lulls but most of the racing was done in marginal to full planning conditions with a lumpy sea .

Three travellers joined eight keen locals who were not on holiday.

A twelfth boat joined for the second race. National champion Tim Sadler and crew Ali Morrish (Yorkshire Dales SC) after a nightmare journey from Leeds made it to the start line and forty minutes later crossed the finish line first. John and Chris were again second with Ann and Alan third with Martyn Bromley and Jane Humpage (PYC) fourth.

Race three had an identical first three but with Steve Lucey and Claudia Haynes (PYC) fourth.

Keith Whitfield and his mark laying team had been very busy adjusting the course but with a couple of shortenings had managed to keep it on time.

So race four started in a strong breeze which shifted left at the last minute. Chaos ensued especially in my boat but Tim and Ali missed the pin and came back in on port, loud shouts, a capsize by Steve Arthur and John Sorenson (PYC) had Tim and Ali doing their turns. John and Chris led the race followed by Ann and Alan. The highly competitive mid fleet watched Tim and Ali plane pass them down the reach however it took them some time to get past Martyn and Jane to get third.

Sunday was windless as forecast and eventually abandoned.