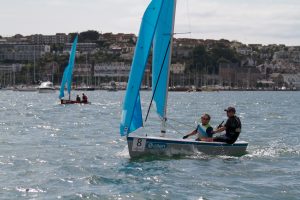 The most recent announcement from the Prime Minister on Friday May 14th has prompted the championship sub committee to revisit the subject of whether to hold this year’s national championships.

In case you didn’t see his announcement, it included the following two clear messages about the risk of not being able to follow the planned time frame for relaxing C-19 restrictions:

·  towards the start of his announcement he stated: “…but I have to level with you, that this new variant could pose a serious disruption to our progress and could make it more difficult to move to step 4 in June, and I must stress that we will do whatever it takes to keep the public safe.”

·  and when answering the last question, he stated: “…this doesn’t mean that it’s impossible that we will be able to go ahead with step 4. I don’t think that’s the case at all, but it does mean that there is now the risk of disruption and delay, and delay to that ambition, and we have to be utterly realistic about that. I want to stress again we take nothing off the table as a means of controlling this virus and this variant and we will do whatever it takes to keep you all safe.”

The championship sub committee believe there is a very real risk of the following restrictions being in place:

Obviously the impact of the new variant will become clearer in the coming weeks, but the committee firmly believes that a decision can’t wait that long.

It is with a heavy heart that the decision has been taken to cancel this year’s championship.

The committee will be in contact with all entrants over the next couple of days to deal with any questions.